Donate here and help us keep Papaya Stories a true hub of inspiration.Donate

A contrast view on the best sports' events of the year.

Living in the moment enriches the feeling of being friends with time. Are you good at that? Kids and animals are great teachers when it comes to that. They don’t label what Mondays or Sundays are for. Children live in the different paradigm of time not the one with the stressful routine from Monday to Friday, from 9 to 5 with rare dips into the weekend rave and heavy soak in the Monday blues. Every day for children is just another awesome day, full of creativity, full of possibilities. And I wish that each of us, “grown-ups”, with a 9 to 5 or slightly different working routine could approach the same feeling within us and live every day full of opportunities. But as we enter the social system that trains us to behave and function differently it’s hard to stay sane and not follow those rules. That conditioning goes beyond our nature and instincts and we lose touch with the essence of being yourself. We follow rules, orders, suggestions because we all have to do that…

So if I was about to follow the ideal scenario of rules in the realm of the digital world, I would suppose to publish this selection of stories about FIFA 2018 straight a week after it had finished. Then an SEO-giant Google would love Papaya Stories so much that maybe it would push our content to appear on the first page. But I’ve been slack on following that rule. I failed and it is a bit frustrating. I pushed my writing away while focusing on other very important projects, including the Silent Disco Citywalk initiative. Feeling like going on the merry-go-round while cruising from one week to another I lost track of time and happened to be here where I am now, in the middle of September, knowing perfectly that FIFA 2018 ended a while ago.

No matter what, it is better to publish this selection of stories later than never. So here are some colourful and black-and-white photo stories that we put together with our Russian team to show or remind you about the bittersweet taste of FIFA 2018 and how inspiring that experience was for everyone involved. 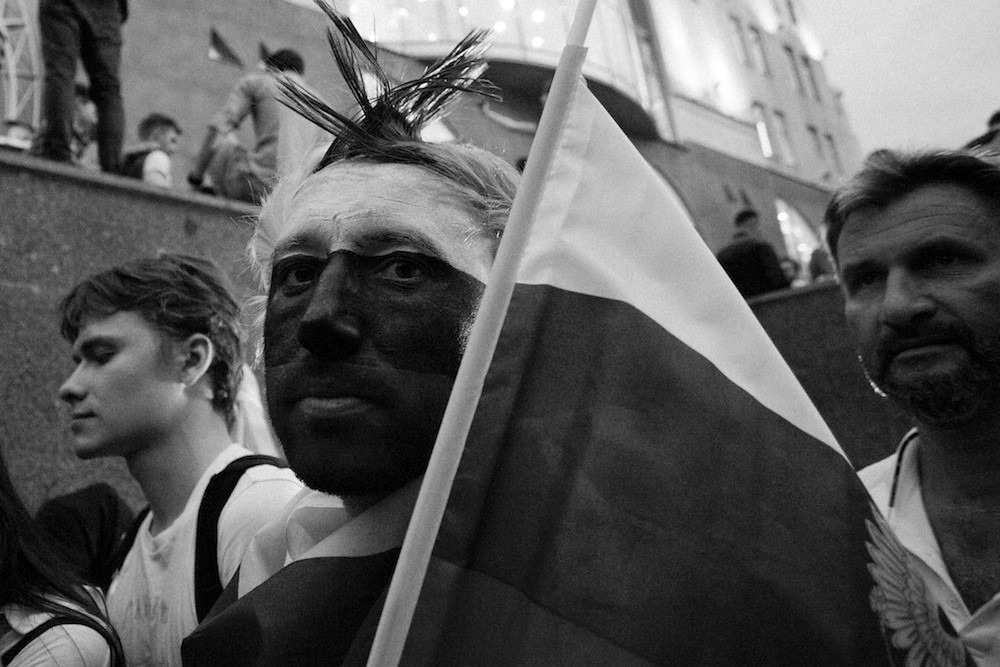 Living in NZ for almost 8 years definitely blurred lines between where “I” end and “They” start. The more I live far away from my motherland, the more connected I am to the idea that I am the citizen of the world and yes soon enough I will apply for NZ citizenship. I was glad to see that Russia seemed to be a friendly and welcoming host. Despite negative assumptions about the potential aggressive behaviour that Russian and other football fans were famous, worst-case scenario dissolved in the energy field of love. The mix of cultures, people brought that special type of oxygen that everyone was inhaling passionately. That oxygen was the true quintessence of love that knew no barriers. Love had become the championship’s universal informal language that I could feel even here in Aotearoa. 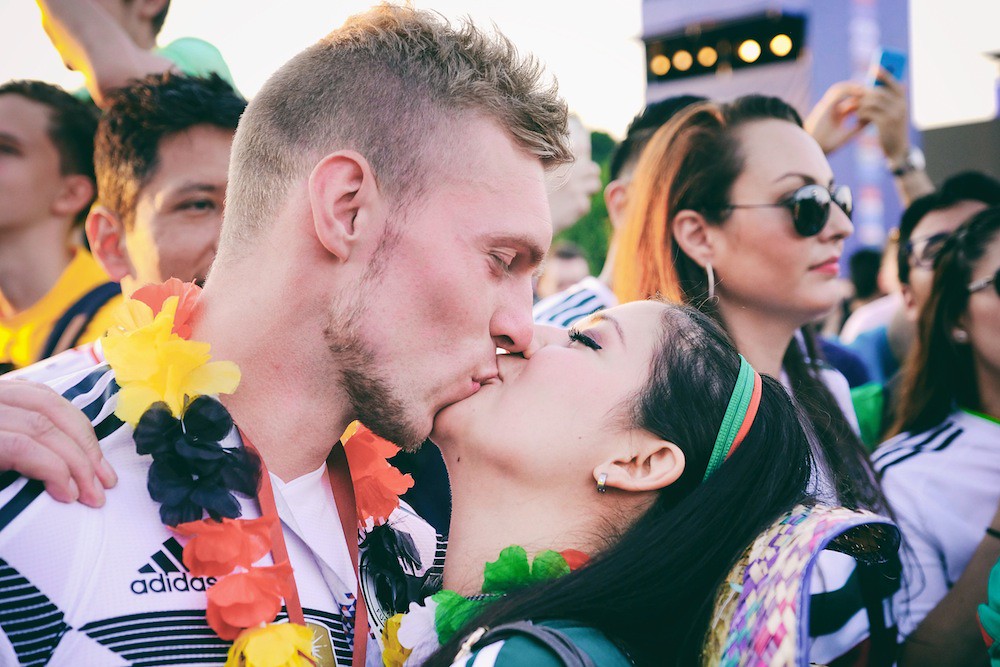 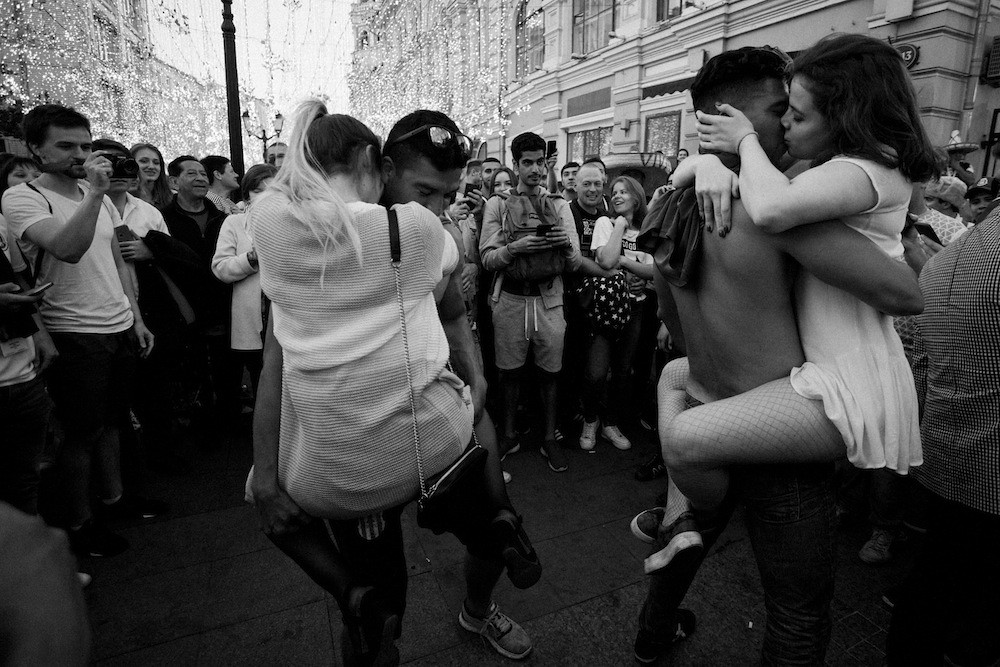 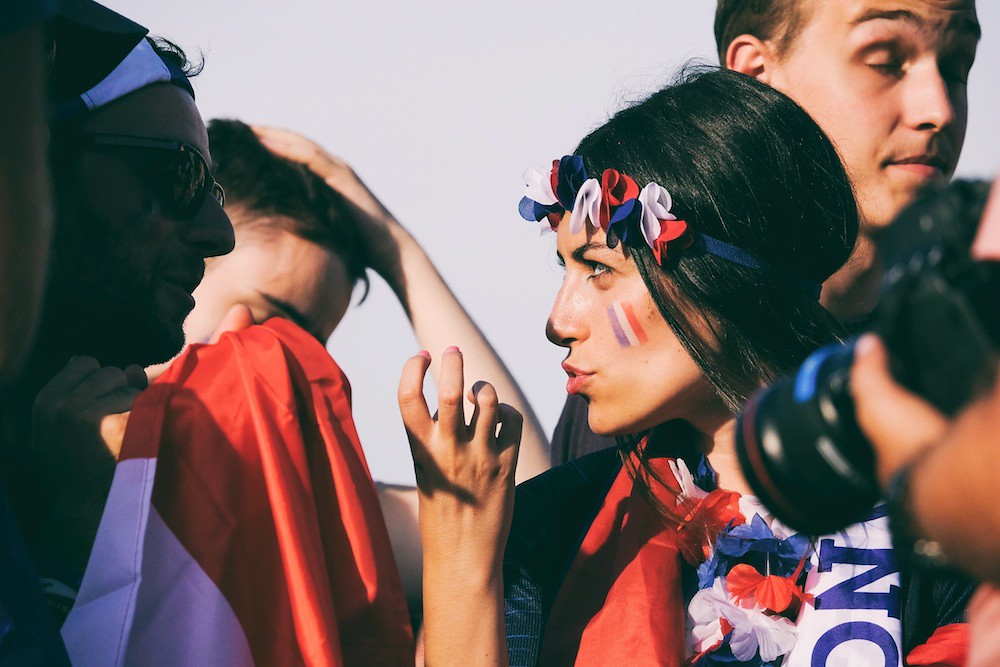 The power of love always fascinates me the most. I am not talking about spontaneous accidents rising on the peaks of euphoria that would bring strangers in a kissing scene in the middle of the street. I am talking about the love and support that fans gave to their teams, that Russians gave to the National Soccer Team. It was so beautiful and special to witness the signs of unconditional love. Unconditional love is when you love not For gaining something – achievements, results, and awards and being #1 at everything; but when you love Despite everything, because you can’t not to Love, not to Support, not feeling proud and joyful despite the rest. And Russians showed that sort of Love to their people. The fact that the Russian team made it to ¼ with so much dedication, commitment and courage is the victory itself. Watching my family, friends and charming strangers sharing love vibes was my VIP ticket to FIFA 2018.

I will always remember FIFA 2018 for that incredible vibe full of late night strolls, passionate and thrilling games, bold splashes of being Russian. I capture some MAGIC MOMENTS that you can watch via the link below:

Here comes the story about the cigarette ends. I know, very random, but keep reading and you will see why it starts this way. My wonderful parents taught me that I should look after the environment and throw rubbish into the bin. Don’t know why but for a long time I didn’t think of cigarette ends as the rubbish at all, so I could throw it whenever I wanted. I was doing it until my wife and I went to Switzerland. That country is famous for being sterile. Everything is perfect that sometimes equals boring and very clean. I had no choice and had to maintain the state of perfection on the streets too. So I would throw the cigarette into the bin. Same story and same perfection in the Alps. It didn’t cross my mind that I should behave differently. Then suddenly I realised that I led my life by double standards. I am a good citizen well when I am away overseas but when I am home I shit in my own country. How is it possible? That’s when I decided to change my behaviour. Now in Russia, I keep the cigarette ends in my pockets (simply because we don’t have rubbish bins on every corner yet).

You still wonder how this story is related to FIFA 2018? Read the next paragraph and you will find out. 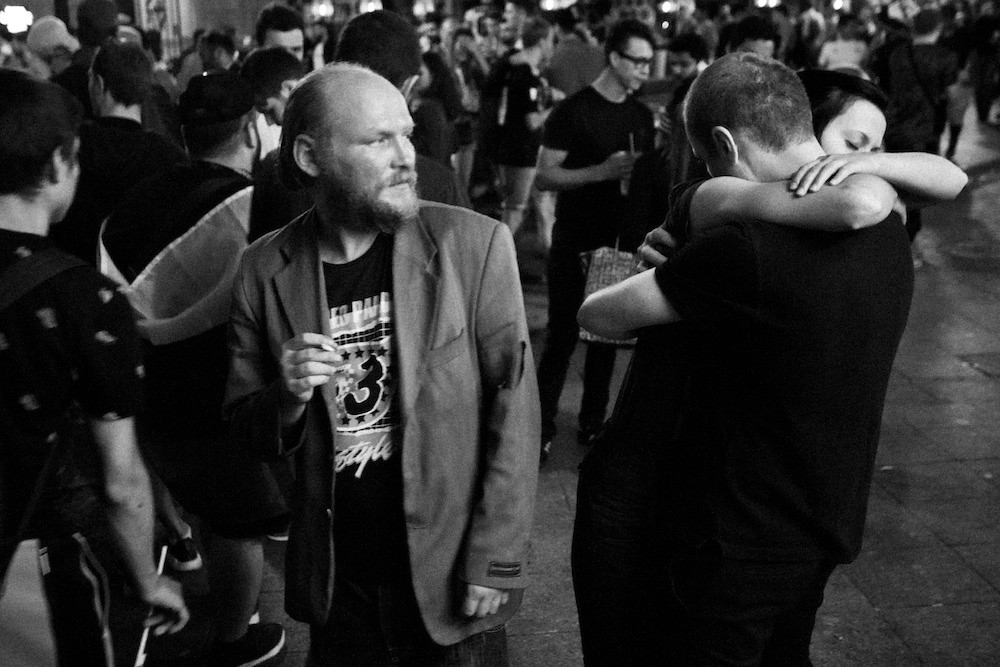 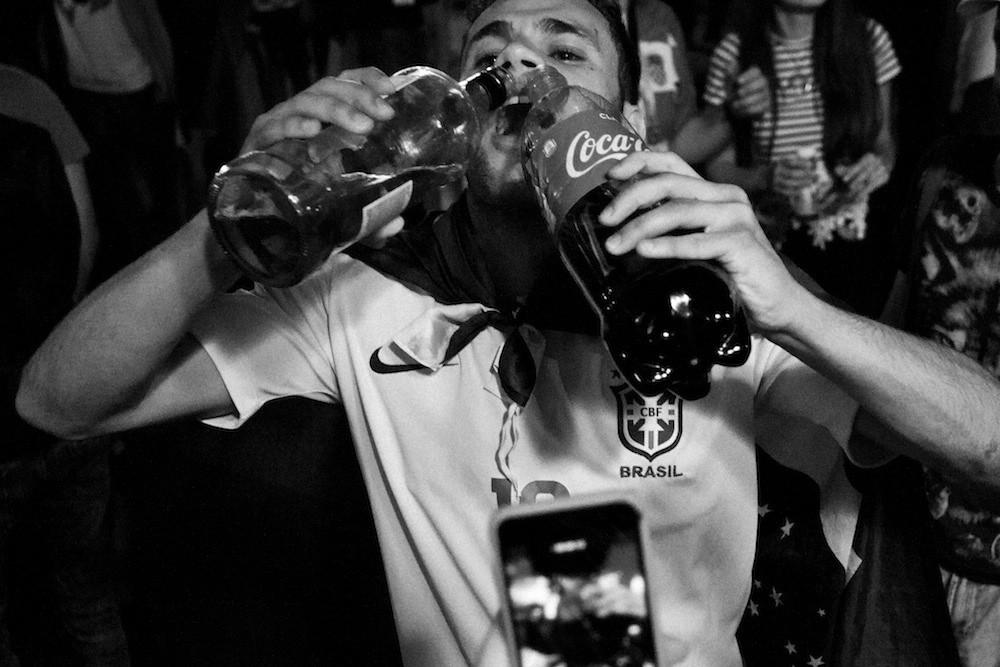 At the beginning of the championship, I met two guys from Egypt. Two weeks later I met them again in Req Square. It turned out that they missed their plane to Caire, so they had nowhere to go. I let them stay at my place. They luckily found and booked their flights on the next day, so I dropped them off at the airport and felt very good as I helped some strangers. As I was driving from the airport I got into the stupid argument with the taxi driver. We screamed at each other. He was rude and nasty. But I kept up with that style pretty well too. Suddenly I realised that I repeated my scenario. I behaved in the same way I dealt with the cigarettes some time ago. What I mean is that I was happy to host, meet, greet and show a pretty side of mine to perfect strangers, foreigners, while I would treat a Russian guy like shit. I can’t track any sense of logic here. I got very frustrated and couldn’t stand my hypocrisy.

I got myself thinking about our nation, people and cultural traits. You might not believe but Russians are kind. We just pretend to be reserved, cold and not friendly, because kindness has never been taught in a proper way. Besides if you act kind then you are making a fool of yourself and won’t survive. But we all know that seasons change and so do trends. So something was supposed to happen to shake things up. FIFA 2018 happened, and Russia turned out to be the host. Springingly a VERY great host. This championship first and foremost, proved to ourselves and the world how friendly and awesome Russians can be. And I think this is very important for our culture and the whole world.

Second of all FIFA 2018 was like an exclusive way of traveling without actually traveling – packing bags, getting on and off the plane and doing the rest of the routine. Travel broadens the horizon. You might be surprised but the only ¼ of Russians have the passport that allows them to travel overseas. The majority of Russians always stay home and never leave the country and experience a different culture.

And now imagine that thousands of people coming to our country. They look like us – two pairs of hands, two pairs of legs. They act differently but cool. Foreigners look interesting and casual. They smile as they also see Russians in a cool friendly way. The true human connection and travel exchange happens and it is also important.

I remember when I was a student we used to go to the student summer camp. Friends, girlfriends, summer, fires, beer and something else. We have the same loud and fun routine and never got tired of it. Somehow FIFA 2018 reminded me of that summer carefree student time. And yes, there is another thing that they both have in common. They will never happen in my life again. And that’s why it is so precious too.

Thanks to everyone who made FIFA 2018 such a wonderful peaceful celebration. 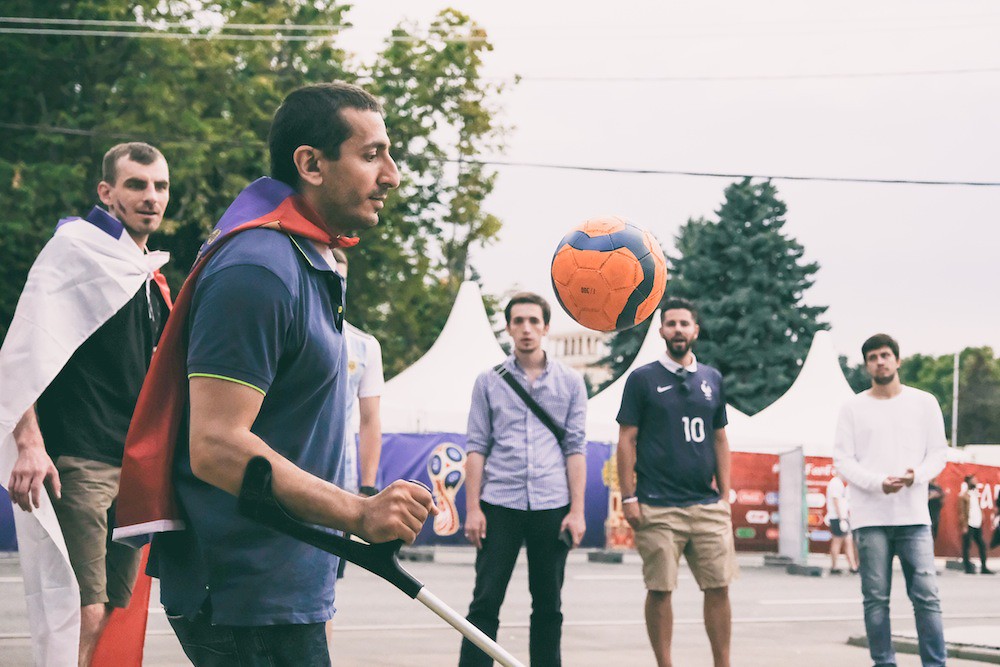 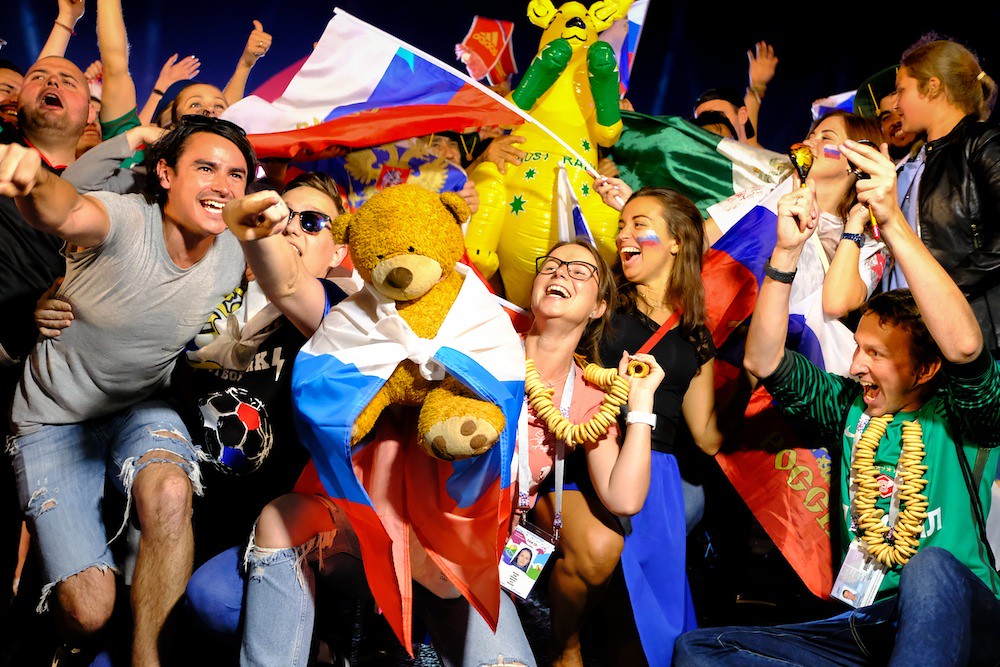 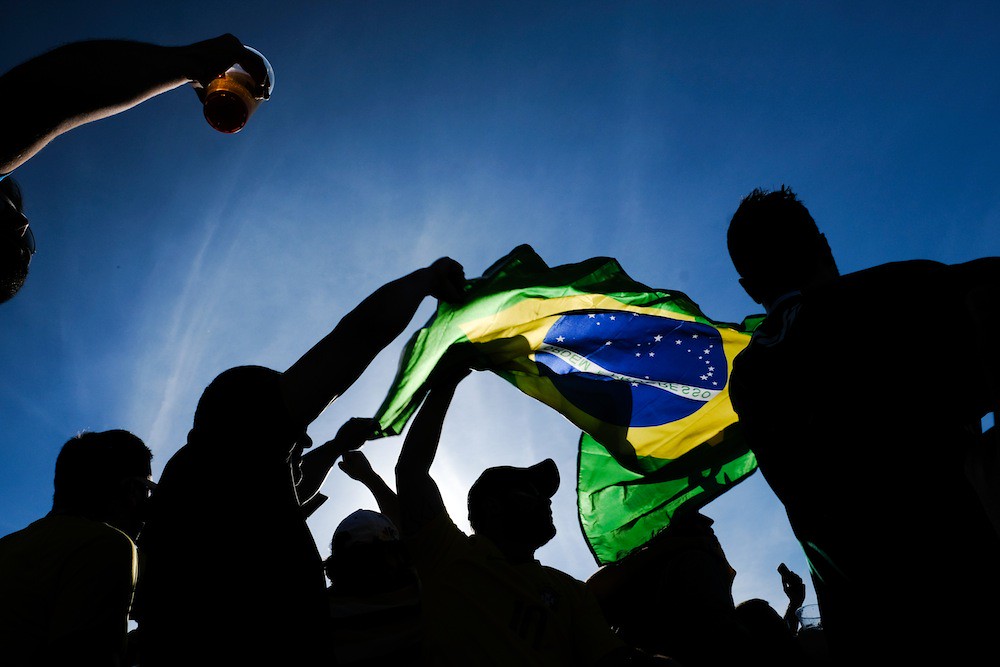 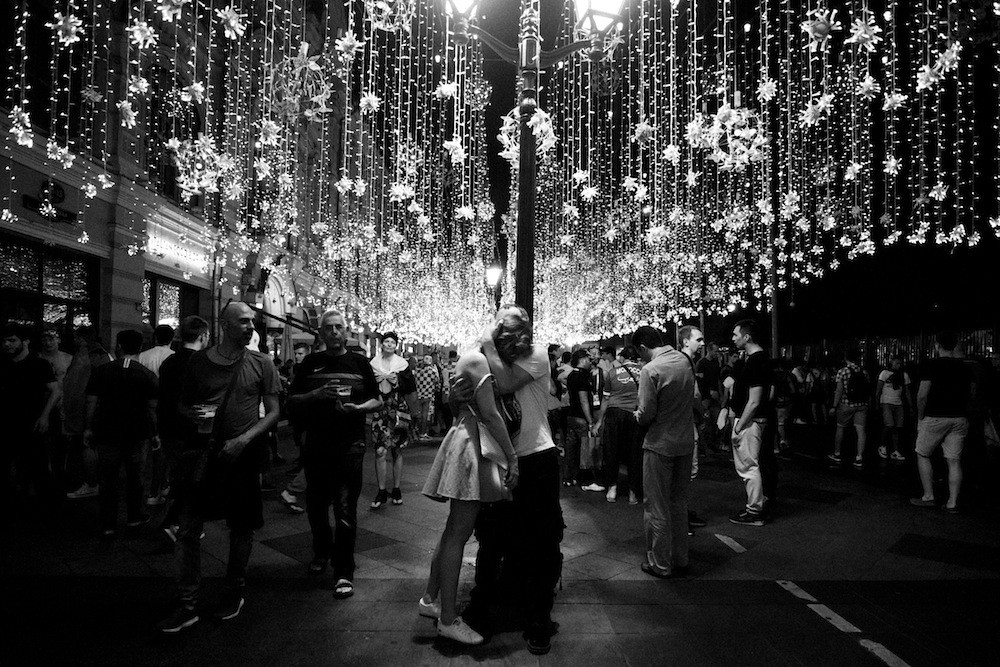 And now it’s your time to share your belated FIFA 2018 story. It’s never too late.
Feel free to share your story in the comments below. We look forward to hearing it! #papayastories

Unlock the door to Joy!

With FREE Lockdown Online Series - our creative response to COVID-19!

Dining out with World Icons

Invite your favourite historical figure, artist or celebrity for dinner!

This Site Is Protected By
Shield Security →